ALGAE, HOW TO SOLVE THE PROBLEM?

Algae? There is hope for your pond, though. Aeration can protect your pond and your fish during an algae bloom and die off. Adding an aeration device, such as a Kasco Pond Aerator or Aerating Fountain will provide added oxygen to the water and help buffer the effect of an algae die off.

When the algae die and are being decomposed, the added oxygen allows the decomposition process to occur properly and also provide oxygen for the fish and other aquatic organisms. By splashing the water in the air, the aeration device is not only adding valuable oxygen, it is also helping to vent gases such as carbon dioxide which is being produced in large amounts from the decomposition process.

Using a Pond Aerator or Aerating Fountain will also help prevent an algae bloom in the first place if it is installed before there is a major problem. As discussed above, the added oxygen will help the decomposition process and actually make that process occur quicker. It will also vent the extra carbon dioxide. This means there will be less available for the algae to use, which is one of the key components to blue-green algae problems.

Adding a Kasco Pond Aerator, Aerating Fountain, or Water Circulator will also create surface agitation in the pond or body of water. This is beneficial in a few ways. First, it helps eliminate the still stagnant water areas and mimics natural wind. As stated above, algae and algae blooms typically occur in the hot, calm, sunny times of the year. The agitation at the surface that eliminates the stagnant areas decreases the areas algae have available to them to thrive. Just simple movement of the water will help limit the amount of algae present in the pond. Just think, when’s the last time you’ve seen a lake that always has ripples or a river covered with algae? Algae do not like moving water or surface agitation.

Surface agitation is also beneficial because it helps to mix up the algae that is already present within the water column. Algae is not able to sit at the surface of the water and soak up all the sunlight it needs for photosynthesis and it cannot survive without large amounts of sunlight. The agitation also helps to destratify the pond by mixing up the water and limiting the negative effects of turnover. With water that has been thermally destratified, the pond is now more hospitable for desired plants and algae species and creates a better pond ecosystem.

Aeration can cause a shift in the carbon dioxide levels within the pond and, in turn, can shift the pH levels causing conditions that are more favorable for desirable algae to out compete the undesirable blue green algae.

Aeration should not be viewed as a panacea, or silver bullet, but more as one of the many tools typically used in combination with other methods of algae control. Added aeration can never hurt a pond (unless start up of an aerator causes turnover) and most of the time there will be some type of water quality benefit of added oxygen, not to mention the increased oxygen levels are great for your fish. 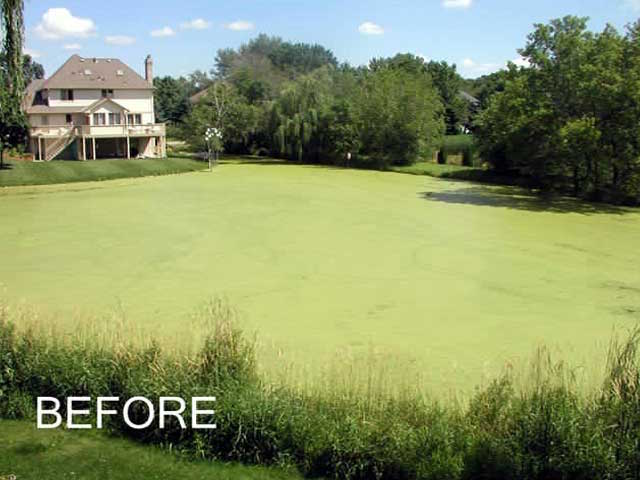 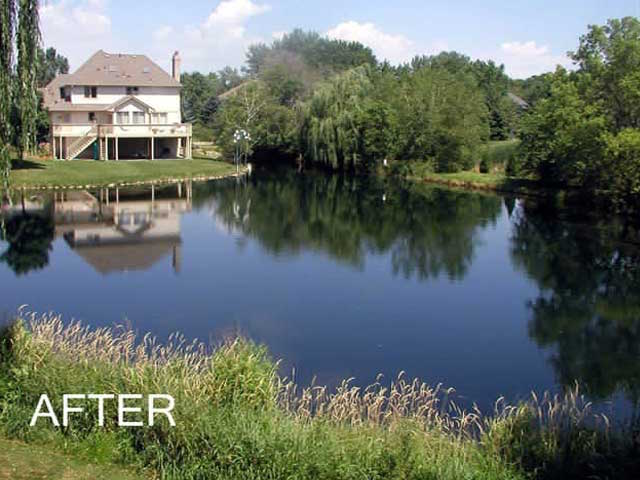 Dear customer, all prices are exclusive delivery costs. Sizes and weights of our products do influence the variety of shipping costs to much to show them for each country. Please ask a quote upfront, before placing your order. Dismiss